Your Government REFUSED to allow me into the U.S. to teach Self-Defense to law-abiding Americans 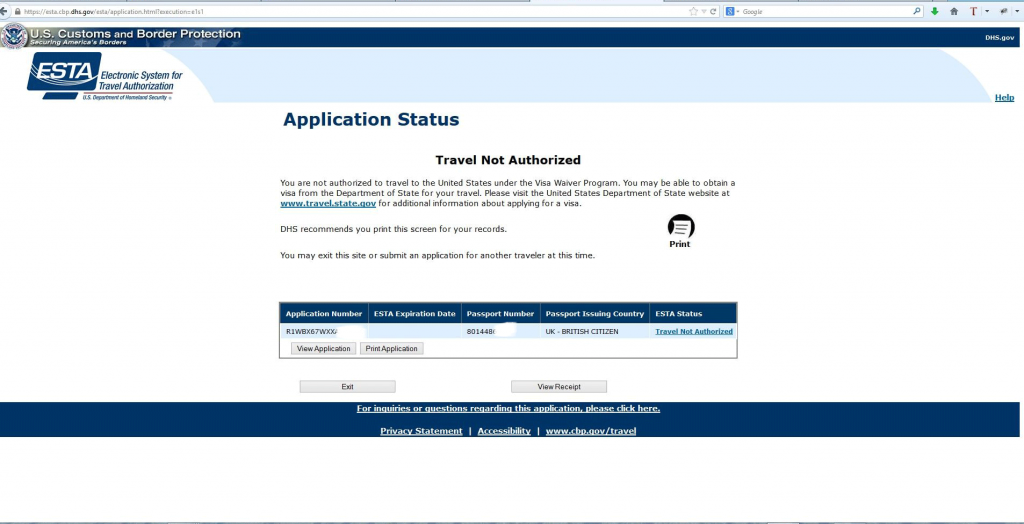 You may want to sit down, because this is going to SHOCK and ALARM you.

My name is Russell Stutely. The World’s Leading Authority on Pressure Points Fighting.

Pressure Points are the map of Destruction on the Human Body, so you knock someone out with a single punch or strike, or even just poke certain pressure points with a few fingers and drop them like a bag of potatoes or make them piss their pants, and stop, kill, maim or destroy with the least of effort.

I am also a leading authority on training Civilians, Police and Military in Hand-to-Hand
Combatives.

The World is More DANGEROUS Right Now in 2021
Than It’s Ever Been In Our Entire Lives!

FACT: The Riots and Looting and Burning Cities (Portland, Seattle, Chicago, etc)? Well that were just a warm-up. Very soon you will see large-scale Home Invasions and Martial Law.

FACT: People Are Being Locked Down, or Dragged Out of Their Homes and Put Into Camps (Yes, it’s happening Right Now)

FACT: Children are Being Ripped From Their Parents, and Their Parents Tackled, Beaten, and Arrested simply for not vaccinating (it didn’t happen in a 3rd world dictatorship, it happened in Australia this year)

FACT: You Damn Well Better Know How To Defend Yourself in TODAY’S world with the best, most practical, and quickly easy-to-learn skills and tactics. Listen. I am not a “conspiracy theorist”, I am a REALIST. I train government officials in the most Lethal and Cutting-Edge Fighting Tactics. I am not a criminal, I have no criminal record. I am not affiliated with nor do I sympathize with any terrorist organization. I am all for law and order, respect for authority, and equal rights.

I have been invited to countries to train their Soldiers in stunningly effective lethal hand to-hand and hand-to-weapons combat.

I have multiple Black Belts and Awards and Recognitions. I’ve won the SENI Award (Europe’s Award for Bestselling DVD), and I’m in the Combat Hall of Fame and World Martial Arts Hall of Fame.

Why do i tell you this?

So you know I’m on the level, and that I know damn good and well what I’m talking about.

I’ve been training government agents from the UK, USA and Asia for the better part of 20 years, and never have I seen such a demand as recently for COMMANDO-STYLE KILLING TECHNIQUES.

I understand that Law Enforcement needs the tactical skills to counter violentcriminal threats, but…

It’s Not Only Fair But URGENT
(Before All Hell REALLY Breaks Loose) That The Best and Most Effective COMBATIVES Be Taught Equally
To Law-abiding Civilians Now More Than Ever!

Remember, I did say I am all for “equal rights”, and that includes the rights of Citizens to be able to defend themselves against ANY Violent Attacker. Period!

Every human being has the right to defend themselves from imminent physical harm from anyone at anytime. It’s not only an American right, SELF-DEFENSE IS A HUMAN RIGHT. And…

Those Who Don’t Know TRUE REALITY SELF-DEFENSE And Keep The Edge Do So At THEIR OWN PERIL.
Do NOT Be One of The Sheep Led To The SLAUGHTERHOUSE!

Recently, I was invited to train a group of advanced-level Civilians who understand Real-World Combat.

I’d been there many times before and even trained several U.S. Police Departments on my last few visits.

But for some reason, the US State Department doesn’t want me in the U.S. teaching this.

Without explanation, they have denied me travel to the U.S. to teach this event.

I don’t follow politics much, but isn’t the State Department under the same administration that’s buying up all the ammunition, leaving little available to citizens?

The same administration that uses “drone strikes” to kill civilians?

The same administration that just gave $85 Billion in high-tech military weapons to the TALIBAN?

The Same Administration That Wants to
DISARM YOU?

And I Don’t Like Being Told I Can’t Come And Teach Decent People How To Effectively Defend Themselves!

SO HERE’S WHAT I’M GOING TO DO ABOUT IT

Below you will read the seminar description of what I was going to teach in the U.S. before I was denied travel by the U.S. State Department.

The U.S Government Blocked me from coming to teach you this directly.

They can’t do a damn thing about me sending you the information from here.

So that’s exactly what I’ve done.

I got my whole Tech Team together and we brain-stormed for several days.

Then we came up with the BEST WAY to get you the best information you can learn easily at home.

We have broken everything down to the Meat and Potatoes… no fluff.. just the best and most serious self defense instruction on the Planet. The exact Law Enforcement techniques and the exact ”Non-Operational” techniques that I have been teaching the Police, Security and Military for years

”Non-Operational” is Your Government’s own jargon for Techniques that are ”OUTLAWED” But Still Taught!

That way, you get complete instruction on all of the Lethal and Devastating Self Defense Tactics I teach to Law Enforcement.

YES, You Get The Same Information!

And, you get it for immediate download to your computer or phone (your choice), so YOU CAN KEEP IT FOREVER.

Even if they “Cancel” and “De-Platform me” and take my website down.

I don’t want to risk shipping them to America and having them suspiciously getting “lost” in the mail without explanation.

If Your Eyes Are Open, You KNOW that the World and Particularly the US have become like CHINA - You Don’t Have The Same Right to FREE SPEECH
You Had even 5 Years Ago!

The “News” Now Suppresses Deaths, Government Roundups, Crime, Invasion, you name it – anything that doesn’t fit the “New World Narrative”

But the Good News is you still have the right to purchase and download lawful material.

So unless they Ban these DVD downloads the way the banned me (God help us all if they do), you can learn these Devastating ATTACKER-DESTROYING Skills for yourself.

Look. Criminals, Terrorists and “rent-a-mobs” already know how to kill and damage people!

They grew up that way, spent half their lives in prison learning it, or in terrorist and communist training camps.

And, Law Enforcement and Military learn it from professional trainers like me.

So I have one very Important Question:

If only Criminals, Terrorists, Law Enforcement and Military have LETHAL FIGHTING KNOWLEDGE, where does that leave YOU – the Civilian?

What is the Civilian (YOU) going to do in a Lethal Attack if he doesn’t know
WHAT TO DO?

Answer: He’ll Freeze Up Like a Deer in the Headlights And End Up Being SLAUGHTERED!

I REFUSE to let that happen.

I’m not going to sit on my hands and keep my mouth shut when I’ve got information to share with good people that can SAVE THEIR LIVES.

They stopped me from traveling to the US to teach this, but they can’t stop me from giving you the same information.

That’s why I’ve recorded this complete defense system in step-by-step detail so it’s easy for you to learn. It’s called…

This streaming and download training course has everything you need to know to stop any threat cold, including the same Deadly Techniques I’ve taught to Law Enforcement and Military for over 20 years. Plus, the first 30 people who order get these FREE Bonuses worth 300.00 from my close friend and fellow trainer Scott Bolan.

Normally he ONLY offers these to his Inner Circle Members, but as a special favor I asked him to add these very necessary materials for the first 30 smart folks to order

1) MAKE-YOUR-OWN: THE IMPROVISED WEAPONS MANUAL! (Worth 100.00) No matter what happens, if they take your guns, my training can make YOU a LIVING WEAPON, and with this Manual You’ll find amazing ways to make all kinds
of awesome “EQUALIZER” non-firearm weapons that will give you the edge in any situation!

2) THE KNIFE CARRY & SELECTION MANUAL and THE KNIFE THROWING MANUAL! Let’s Face It: They WANT TO TAKE YOUR GUNS and Eventually they Will Pass Laws To Do It! But can they really outlaw every knife and kitchen knives? I
doubt it! So with these manuals you can learn how to stop deadly attackers before they reach you.

3) THE SOCIAL CHAOS AND RIOT SURVIVAL CD! Forget Portland, Seattle and Chicago – Antifa, Riots, Mass Shootings and more are coming to YOUR town. Here’s how to be prepared.

4) THE HOME DEFENSE AND MARTIAL LAW SURVIVAL CD! It happened in 2020 and 2021, you can damn well bet it will happen in 2022. The RIOTERS WENT RESIDENTIAL. That means Home Invasion. And with things going so massively out
of control, it isn’t a question of if Martial Law will be Declared, it’s When. This is how you get ready so YOU can survive and prevail!

5) THE CONQUERING FEAR AND PREPARING THE MIND FOR BATTLE CDs! Never has it been more important to know how to Conquer Fear, and Prepare Your Mind with Ultimate Strength for the Battles that are certain to come! Scott is
Legendary for these teachings and the only one who gives you the real deal and makes it easy to learn!

Remember, you must be one of the first 30 people who order to get these Elite Free Bonuses, and you must order by Nov. 2nd to get the 75% off discount price, so Order Now (before they Ban it like they Banned me!)

They stopped me from traveling to the US to teach this, but they can’t stop me from giving you the same information.

Yours in Self Defense, 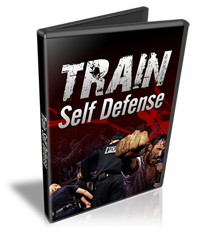 This stuff is so critical that I don’t want you to have to wait.. so I’ve set up an amazing ‘instant access’ area of my website where you can actually watch and download the entire collection of 81 lessons right away.

Yes, you can start training in these powerful ‘man-stoppers’ in just the next few minutes and you’re just a couple of clicks away. You will receive IMMEDIATE Access to your elite Members Area.

This is where you can download all your products and view all your online lessons.

This online training course has everything you need to know to stop any threat cold, including the same Deadly Techniques I’ve taught to Law Enforcement and Military for the past 12 years.

Order it now (before they Ban it like they Banned me!)

That’s an incredible 81 Lessons of the best possible instruction out there today!

It is like having me teach you one-to-one for nearly 6 hours!